Rain and cooler temperatures helped firefighters make slow and steady progress in battling California’s largest wildfire of the year this week, but hot and dry conditions are returning ahead of the weekend.

The deadly McKinney Fire, which broke out Friday, was at 58,668 acres Thursday morning. Containment was at 10 percent.

Four people have been found dead inside the fire zone. The victims have not been identified.

More than 100 buildings ranging from homes to sheds have burned. The cause is unknown.

Satellite imagery showed heat from the fire and plumes of smoke drifting to the northeast.

“Although a considerable amount of rain fell, many pockets of heat remain,” firefighters said in a Thursday morning incident report. “As the area dries in the coming days, fire activity in the east is expected to pick up once again. The western half of the fire did not receive measurable precipitation.”

Even the welcome precipitation brought problems.

On Tuesday, heavy rain swelled rivers and creeks and a private contractor in a pickup truck who was aiding the firefighting effort was hurt when a bridge gave out and washed away the vehicle, said Courtney Kreider, a spokesperson with the Siskiyou County Sheriff’s Office. The contractor was hospitalized with non-life-threatening injuries, she said.

Identifying the four people who were killed could take several days, Kreider said.

With the rain and cooler temperatures, the blaze grew very little and fire officials said crews used bulldozers to carve firebreaks along a ridge to protect homes and buildings in and around Yreka, which has about 7,800 residents and is the largest city in Siskiyou County.

On Wednesday, evacuation orders for residents of Yreka and Hawkinsville were downgraded to warnings, allowing people to return home. But they were warned the fire remains a threat and were urged to be ready to flee again if necessary.

California and much of the rest of the West is in drought and wildfire danger is high, with the historically worst of the fire season still to come. Fires are burning in Montana, Idaho and Nebraska and have destroyed homes and threaten communities.

Scientists say climate change has made the West warmer and drier over the last three decades and will continue to make weather more extreme and wildfires more frequent and destructive. California has seen its largest, most destructive and deadliest wildfires in the last five years. In 2018, a massive blaze in the Sierra Nevada foothills destroyed much of the city of Paradise and killed 85 people, the most deaths from a U.S. wildfire in a century. 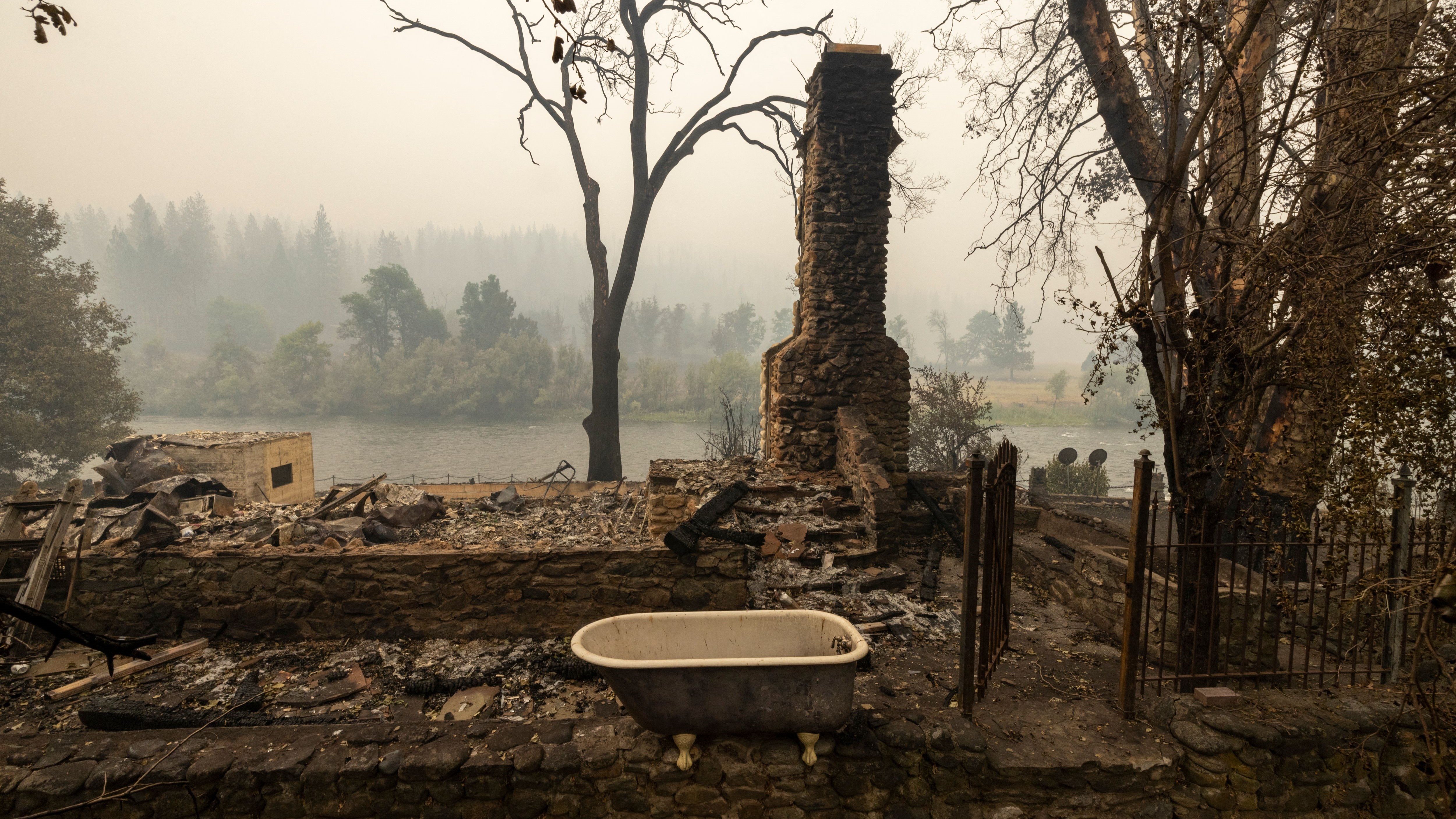 When it began, the McKinney Fire burned just several hundred acres and firefighters thought they would quickly bring it under control. But thunderstorms came in with ferocious wind gusts that within hours had pushed it into an unstoppable conflagration.

Fuel moisture levels are well below historic averages in parts of Southern California, meaning vegetation is drying out more quickly this year. Dry vegetation is one significant factor in the spread of wildfires.

The state is coming of one of its driest late winters on record, leaving hillsides covered in dry brush.