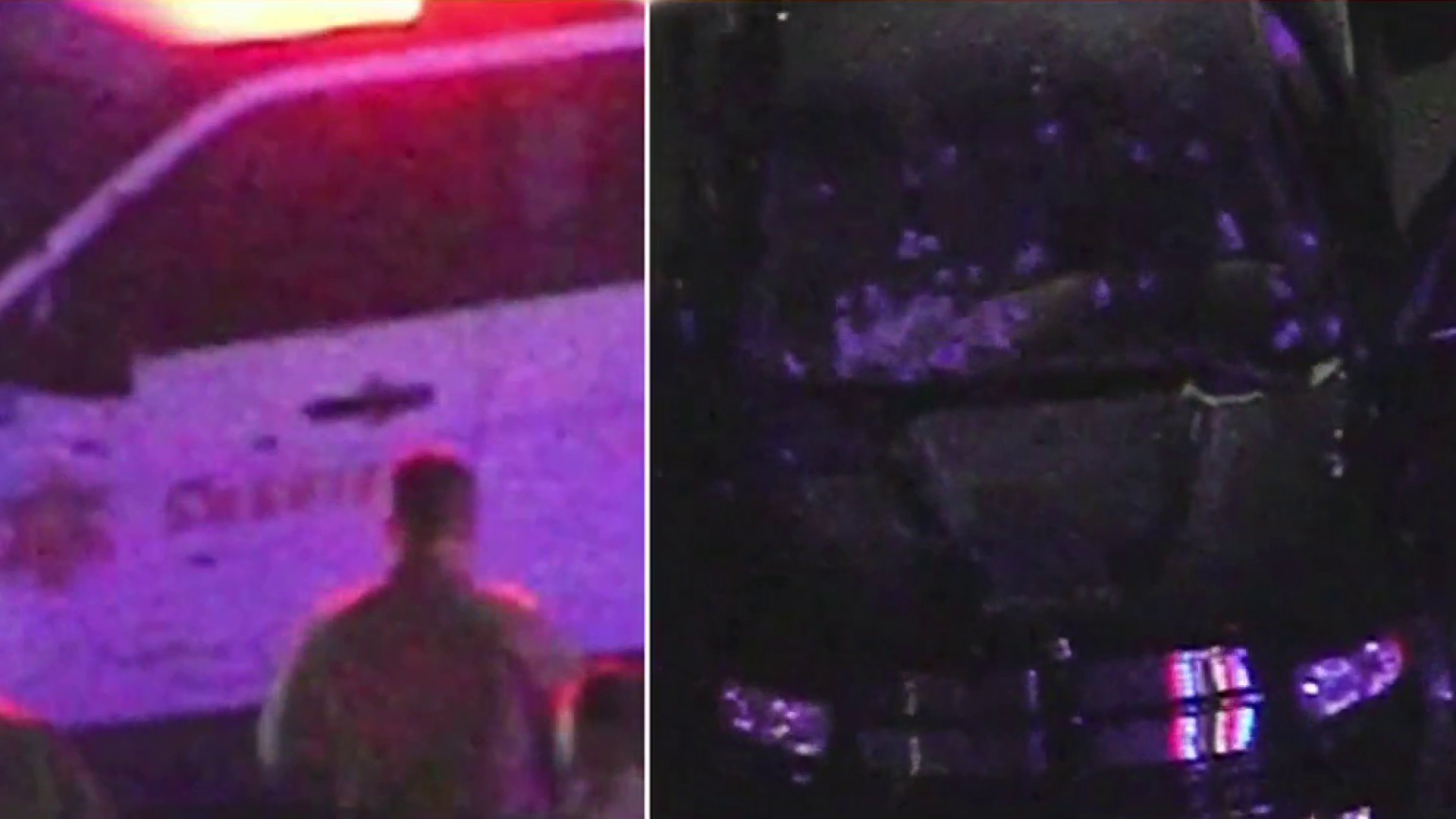 A man was taken into custody after leading a short high-speed pursuit from Pasadena to East Los Angeles that ended with a crash on Monday night.

Newschopper4 was over the pursuit at 10:40 p.m. when the police began following a white pickup truck near Pasadena.

The vehicle traveled through the 5 Freeway at speeds of over 100 mph while driving erratically, dodging many cars.

After jumping on the 710 Freeway, the vehicle exited on Whittier Blvd. around 10:46 p.m. and lost control as he exited due to the high speed he was traveling at. The vehicle crashed against the rail in the off-ramp into a streetlight and into a fence.

The vehicle had lost a tire by then and all the airbags had deployed.

The man exited the vehicle and attempted to run, but he fell to the ground and authorities rapidly closed in on the suspect.

The man remained unmoving on the floor. Preliminary reports described the driver of the vehicle as a shooting suspect, so police officials made sure to approach him with caution.

The man complied with authorities and surrendered. He was taken into custody at 10:52 p.m. near the Calvary Cemetery in East LA.