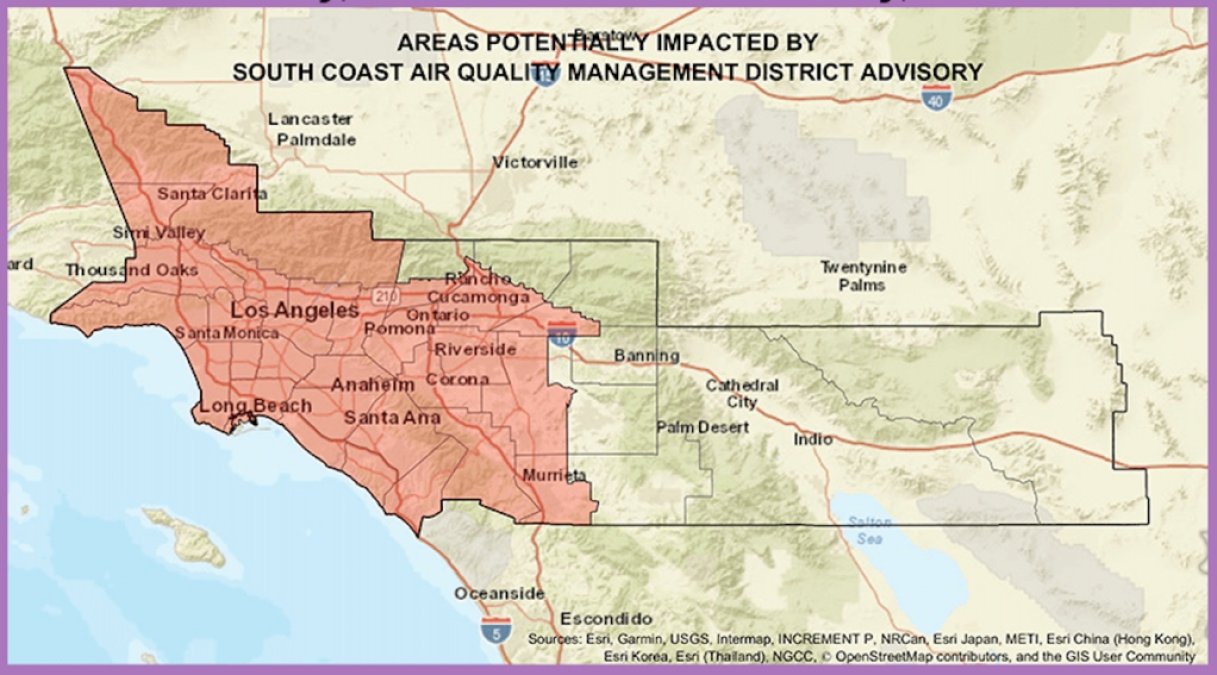 Smoke from a 14,000-acre wildfire near Santa Barbara is moving southeast toward Los Angeles, which will likely mean a drop in air quality this week.

Smoke from the Alisal Fire about 100 miles up the coast from Los Angeles is expected to move inland, which would elevate AQI levels for the entire region Wednesday evening through Thursday afternoon, according to the statement.

“The AQI may reach Unhealthy for Sensitive Groups levels or higher from mid-day Wednesday through at least Thursday afternoon,” the South Coast AQMD statement said.

Click here for the areas included in the air quality advisory.

The Alisal Fire covered more than 14,000 acres in the Santa Ynez Mountains west of Santa Barbara. The number of firefighters was nearly doubled to 1,300, with more on the way. Containment remained at 5%.

While the scenic region along the Pacific shoreline is lightly populated, the blaze was a threat to more than 100 homes, ranches and other buildings, fire officials said.

Fire crews were protecting Rancho del Cielo, which was once owned by Ronald and Nancy Reagan and was known as the Western White House during his presidency. The 688-acre ranch where Reagan hosted world leaders sits atop the mountain range, above the flames feeding on dense chaparral and grasses. 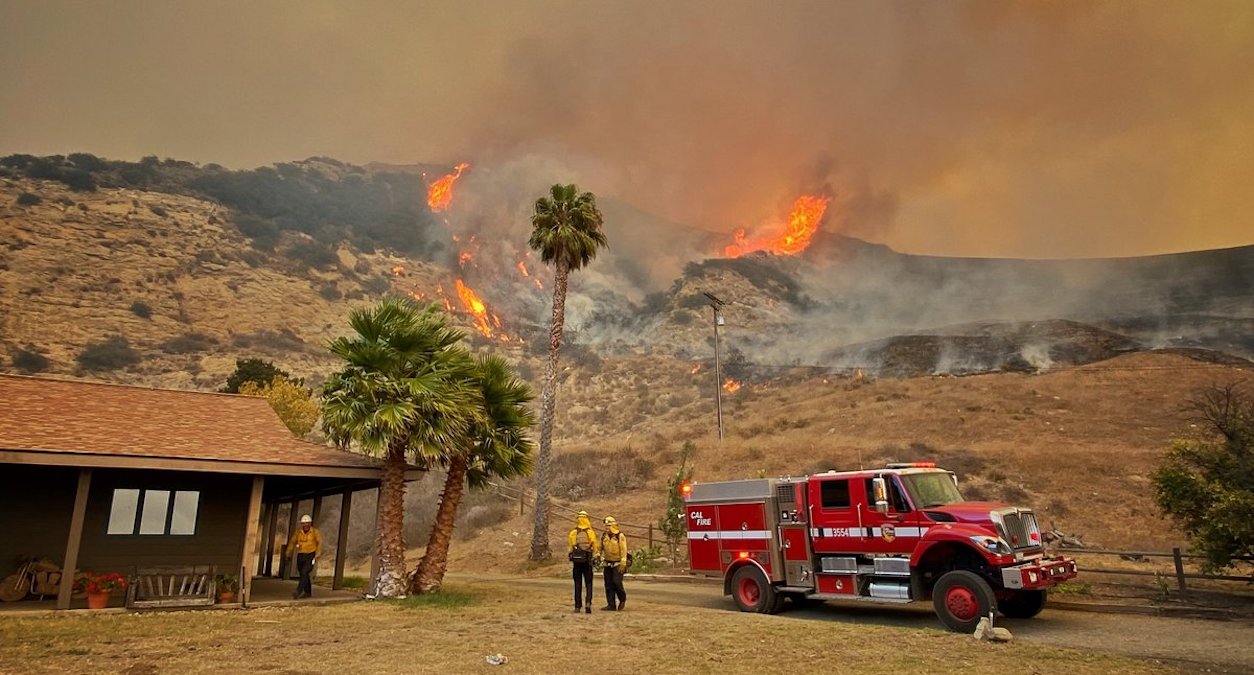 
Alisal Fire Grows to More Than 14,000 Acres Near Santa Barbara 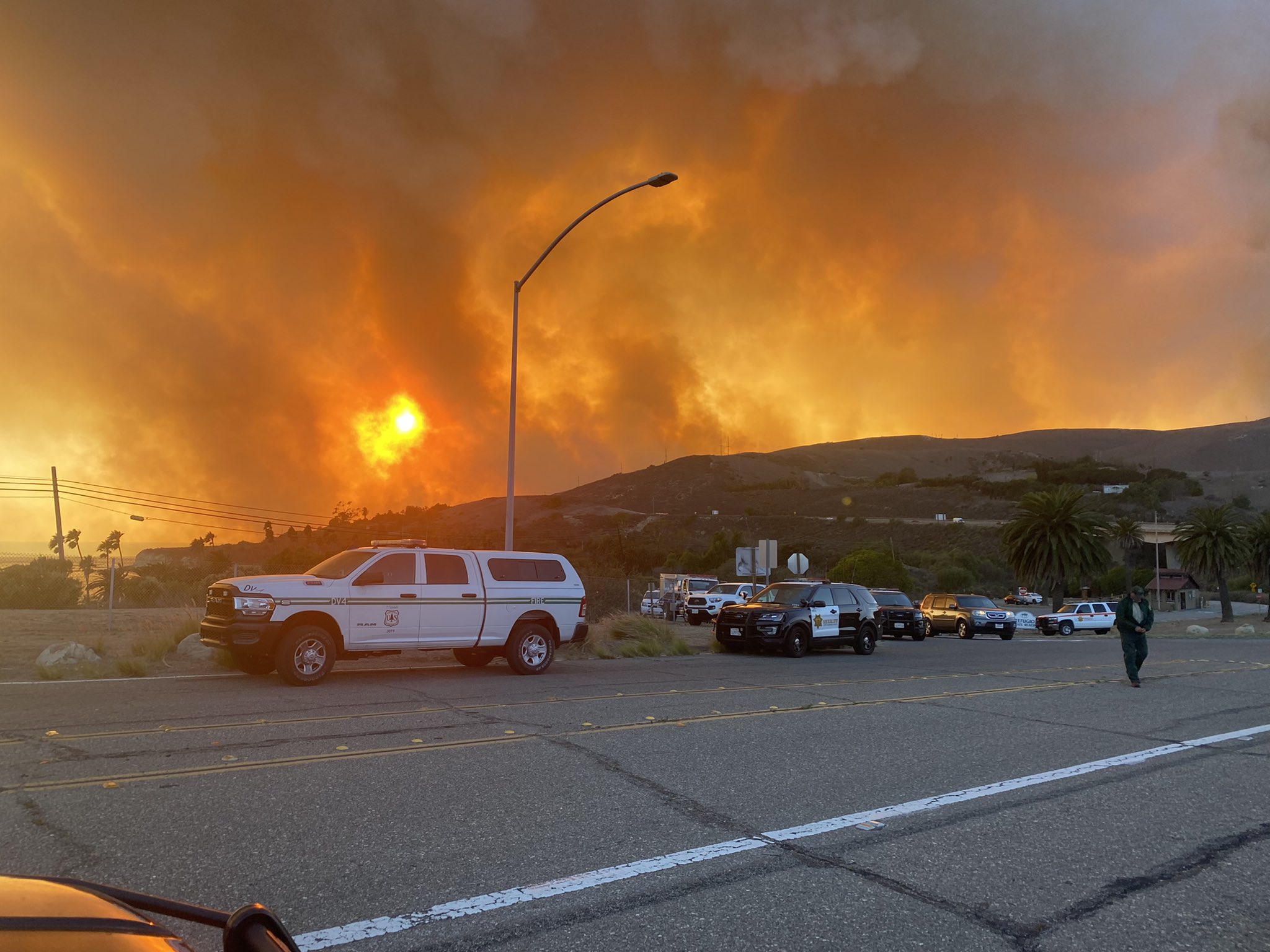 The fire erupted Monday near the Alisal Reservoir and powerful winds from the north swept the flames down through the mountains, forcing the closure of U.S. 101 in western Santa Barbara County. At one point, the fire jumped the four-lane highway and reached a beach. The closure has forced motorists to take a circuitous detour on smaller routes.

The National Weather Service said there would be a new round of south Santa Barbara County’s notorious Sundowner winds Wednesday night, and other parts of California also were expected to experience increased fire danger.