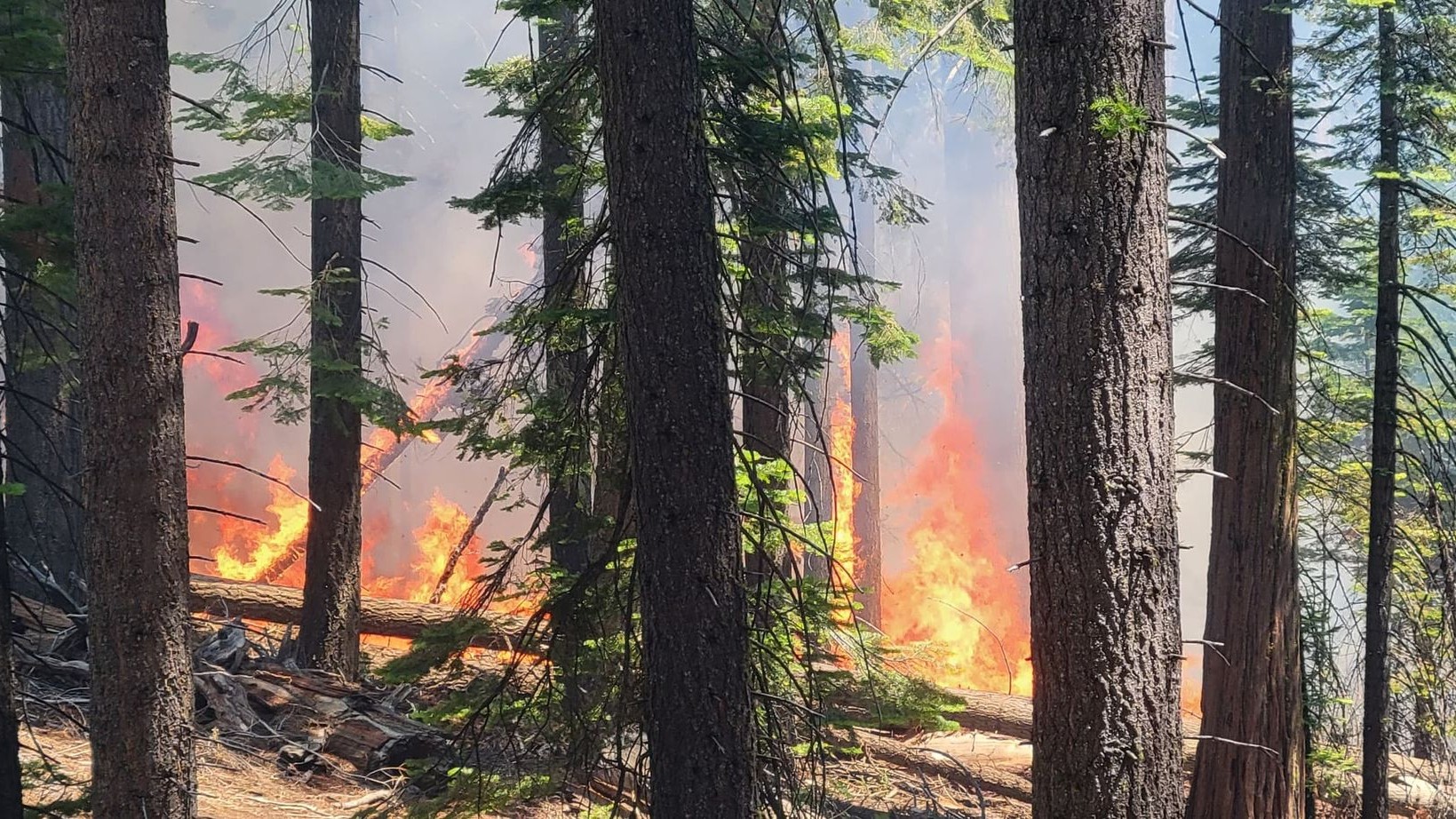 The Washburn Fire burning in Yosemite National Park has burned thousands of acres with no containment.

One of firefighters’ biggest challenges with containing the blaze is the dry temperatures in the area along with heavy fuels in and around the fire. The heavy fuels come from significant tree mortality at the park, which has left dead trees standing.

The fire was first reported July 7 with crews immediately dispatched to try and control the spread.

The trees have not been wrapped in fire suppression foil yet. This method has been successful in the past when “crews defensively wrapped another national treasure, the Mariposa Grove Cabin used by Galen Clark. He was the guardian of the grove under Lincoln’s authority.” 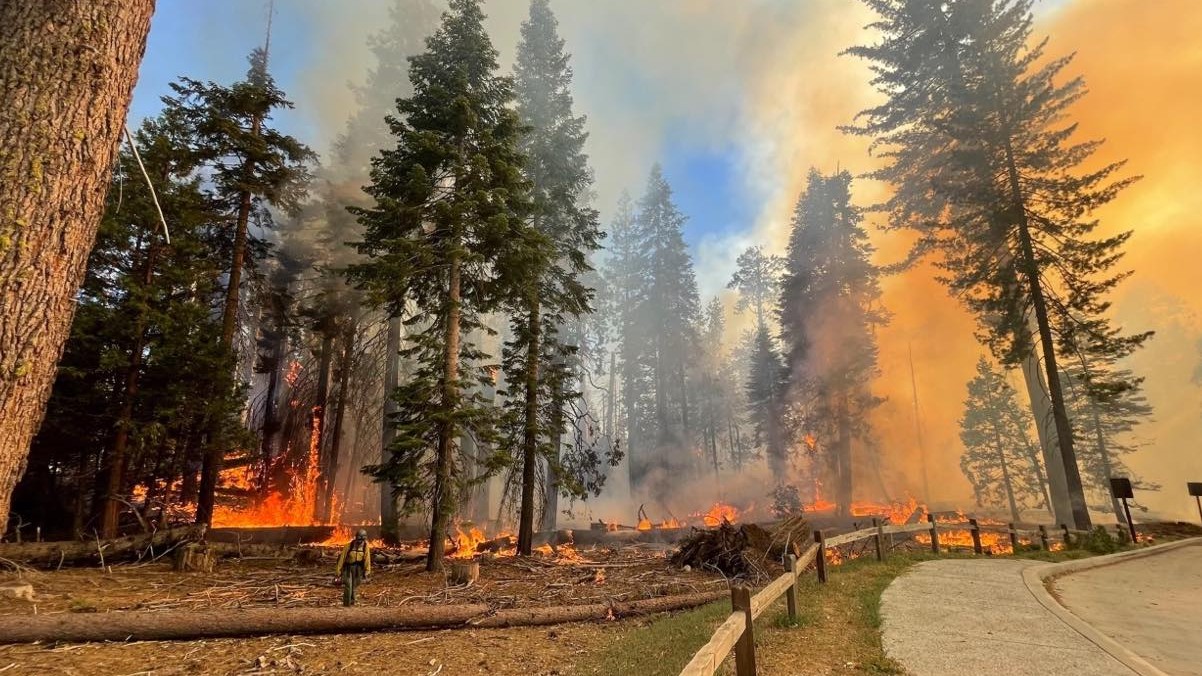 What part of Yosemite National Park is affected by the Washburn Fire?

The southern portion of Yosemite National Park is the area that is being affected by the fire.

Wawona Road is closed from the South Entrance all the way to Henness Ridge Road. The Wawona Area is under a mandatory evacuation order.

The Wilderness Hiking Area has an active fire advisory.

Mariposa Grove has also been closed until further notice which is the main area of the park where the fire is burning.

In 1864 President Lincoln signed legislation officially protecting Mariposa Grove and the Yosemite Valley for “public use, resort, and recreation.”

The signing of this legislation was so important because it was the federal government’s first time had set aside a scenic natural area to be protected for the benefit of years to come.

What about the giant sequoias at Yosemite?

The ancient giant sequoias are found in three groves at Yosemite.

The most popular grove and most accessible sequoias are located in the Mariposa Grove, which is also the park’s largest grove.

The most famous sequoia at Yosemite is known as “Grizzly Giant” is estimated to be about 3,000 years old which could vary by a few centuries, give or take.

What are giant sequoias?

Giant sequoias are the largest trees in the world.

They are the third longest-lived tree species. They can live for more than 3,000 years.

They have a distinct red and orange colored bark in comparison to the grey or brown bark of other trees.

It is the trees bark that helps protect it from climate changes as well as fires.